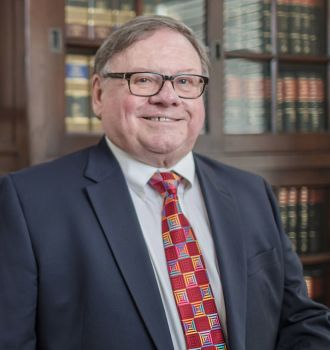 Danny began his legal career in 1987 gaining valuable trial experience as an Assistant District Attorney and prosecuting 40 felony jury trials in one year. In 1988, Danny entered private practice where he tried a variety of criminal and civil jury trials. After a short time, Danny won his first million-dollar civil case. Other six and seven-figure verdicts and settlements followed, and a few years later Danny received a civil jury verdict of 2.8 million dollars. He has won large settlements and verdicts for catastrophic injury cases exceeding 5 million dollars throughout South Carolina, Oklahoma, and Georgia. To date, his firm has won over 50 million for our clients.

"We'll never give you anything less than 100% dedication, because you and your case deserve it."

On April 1, 1999, Danny established Durham Law Firm. Over the past 32 years, Danny has tried over 300 criminal and civil jury trials, thus gaining valuable knowledge and experience. For over 27 years, Danny has specialized in tractor-trailer crashes. Since these types of cases often result in horrific injuries and/or death, they require an added level of expertise to properly handle all aspects of these complex cases.

Danny and his wife, Vicki, reside in Columbia County with their army of terriers. Together they have four sons and are the grandparents of seven precious grandchildren. Danny and Vicki attend Whole Life Ministries.